“You hear horror stories about hot flashes and horrible symptoms and weight gain and all these things,” the 56-year-old said.

When she stopped menstruating at 48, she was relieved to experience only an occasional hot flash and some night sweats she could directly attribute to her daily consumption of processed sugar.

After a bone-density scan in 2012, she discovered she had osteopenia—bone-density thinning common among women entering menopause. Her obstetrician recommended extended-release calcium and prescribed a once-per-week medication to increase bone density. The doctor told her the latter was intended to do nothing more than slow the progression, not improve it. 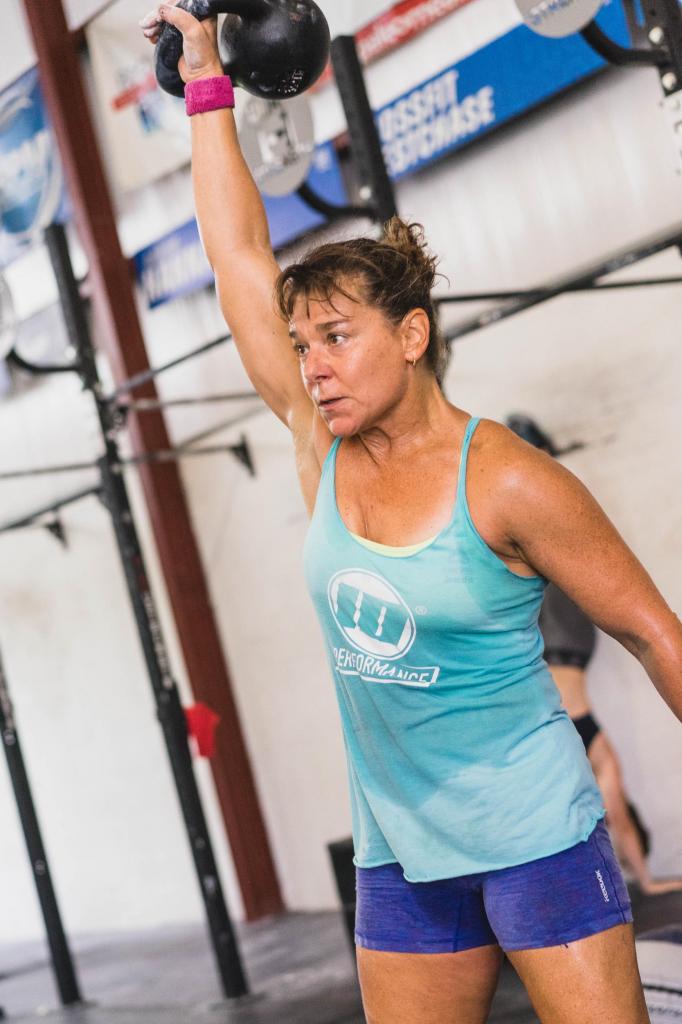 A year later, Cure repeated the scan. Unexpectedly, it showed a slight improvement in her bone density.

“Is this because of CrossFit?” she asked her doctor.

“I 100 percent think so,” the obstetrician replied.

Cure begged to discontinue the weekly medication if she kept training CrossFit, which she had started in 2011. The obstetrician was agreeable.

To this day, Cure goes to North Plano CrossFit five to six times per week and follows CrossFit Founder Greg Glassman’s longstanding dietary recommendation: Eat meat and vegetables, nuts and seeds, some fruit, little starch and no sugar. She continues to improve her bone density and says her obstetrician was “thrilled” with the results of her most recent scan roughly a year ago.

Cure is one of countless women who have tempered—and sometimes reversed—menopausal symptoms with CrossFit.

Of the nearly 40 perimenopausal, menopausal or postmenopausal women the Journal interviewed for this article, all said CrossFit had a positive impact on their experience. The women noted such benefits as increased muscle mass, greater bone density, fat loss and improved energy.

“If you feel good, I think that makes menopause easier,” said 55-year-old Sue Velott, who started CrossFit in 2012 and is postmenopausal. “So, if you’re in shape and everything else is firing on all cylinders (and) you’ve got something that’s a little … offline, it’s not going to affect you as much.” 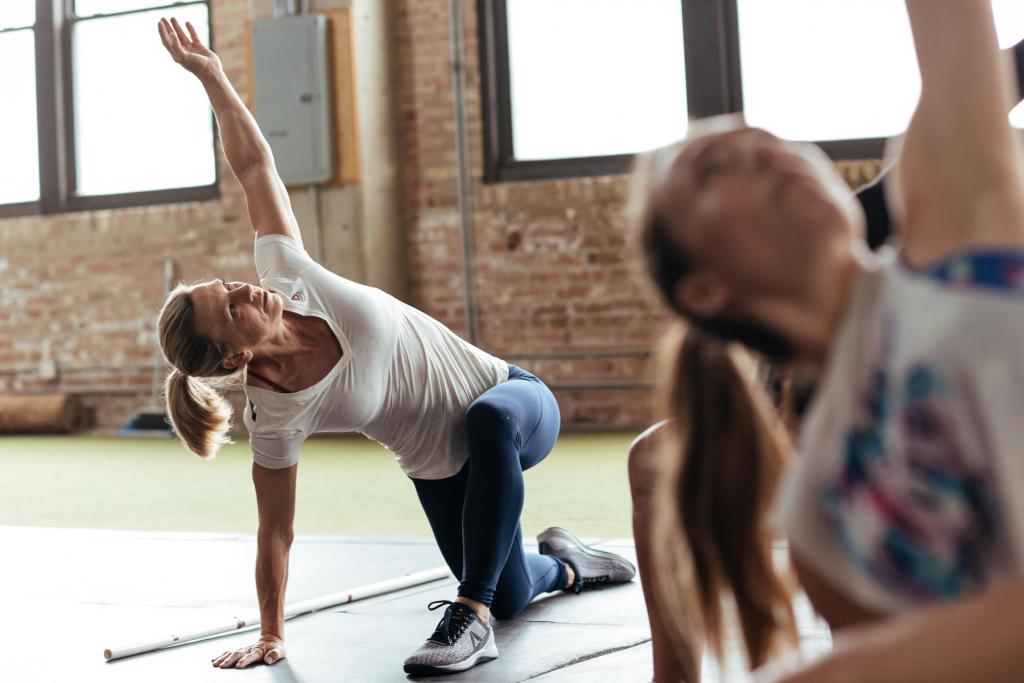 The loss of her period was Gwen Holtan’s only menopausal symptom, a phenomenon she described as an unexpected benefit of CrossFit. (Corey Jenkins)

Clinically speaking, menopause is 12 months without a menstrual cycle.

The span of time before that—which varies widely from days to months to years—is called perimenopause. During that time, common symptoms include those related to decreased estrogen: hot flashes, night sweats, vaginal dryness and decreased bone density. Other symptoms people often link to this phase of a woman’s life—such as mood change, drop in libido, fatigue, bloating and weight gain—are not necessarily specific to menopause, said Dr. Michael Boroditsky, a gynecologist in Winnipeg, Manitoba.

Dr. Lindsay McBride, a gynecologist in Weatherford, Texas, however, included decreased sexual drive, depression, irritability and not feeling like oneself as subtle symptoms that might be indicative of approaching menopause.

Still, both doctors said the fitter the patient, the better the experience.

Women who are medically healthy, physically active and of normal weight will report few, if any, symptoms as they experience perimenopause, McBride said.

“They’re typically the leaner patients, the ones with more muscle that have the least amount of fat. I mean, it’s almost obvious.”

On the other hand, the same cannot be said for women who are morbidly obese or diabetic, have high blood pressure and are on multiple medications, she added.

But even among healthy women, experiences can differ wildly.

Some report no symptoms and only realize they’re menopausal because they haven’t had their period for 12 months. Others describe hot flashes that feel like lava is flowing through their chests, and there are women who likened their episodes to panic attacks.

Figuring out why symptoms are more severe in some women can be a guessing game, Boroditsky said.

“There’s no such thing as normal. Everybody’s different.”

What is known is diet and exercise make for a more pleasant menopause experience.

“We’re well aware that when you exercise and when you’re active, you increase other hormones in your body (that) will help with libido, which will help with mood,” said Boroditsky, who trains at CrossFit 204.

Both the Mayo Clinic and Psychosomatic Medicine have provided evidence that physical activity improves mental health.

Boroditsky continued: “It’s very clear when people exercise, they feel better about themselves during the day—both in mood as well as intimacy with their partners.” 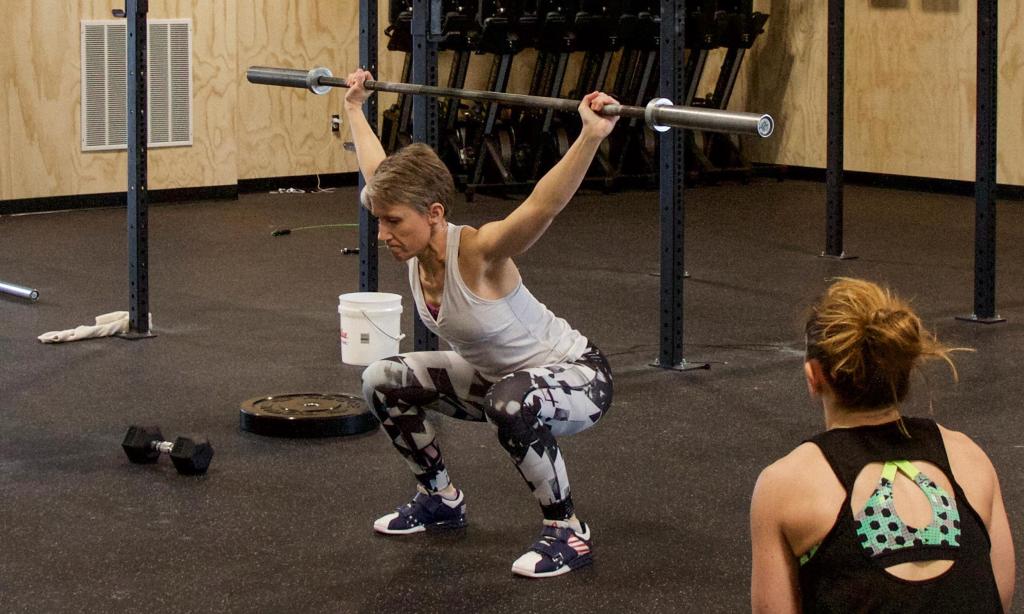 There’s so such thing as “normal” when it comes to menopause. But experts agree on one thing: Exercise and good nutrition make menopause easier. (Cassie Halverson)

Both Boroditsky and McBride warned of its dangers.

“First off, I think it’s very important that my patients understand that hormone therapy is not required. Whenever a woman has menopausal symptoms, yes, it can feel life-threatening, but menopause is a natural process that our bodies are meant to go through,” McBride said.

All forms of HRT—including bioidentical HRT made from plant estrogens—can cause breast cancer and increase the risk of blood clots in your legs that can travel to your heart and cause a stroke.

“I always make sure my patients understand that hormone therapy does carry risk and it’s always a choice,” McBride said. “I’m a big quality-of-life type of doctor, so if it can improve their quality of life, then let’s go for it. But … they’ve gotta accept those risks.”

The Texas doctor has also recommended plant-based diindolylmethane (DIM) and evening primrose, both of which can be found at many health-food stores.

“Those are two of the ones that I think actually can work and curb some of the symptoms.”

Being a CrossFit athlete herself, though, leads McBride to recommend physical activity to her female patients approaching menopause.

“It releases endorphins that help with stress relief as well as boosting your own natural hormones. My active patients always do better through menopause than my less-active patients.” 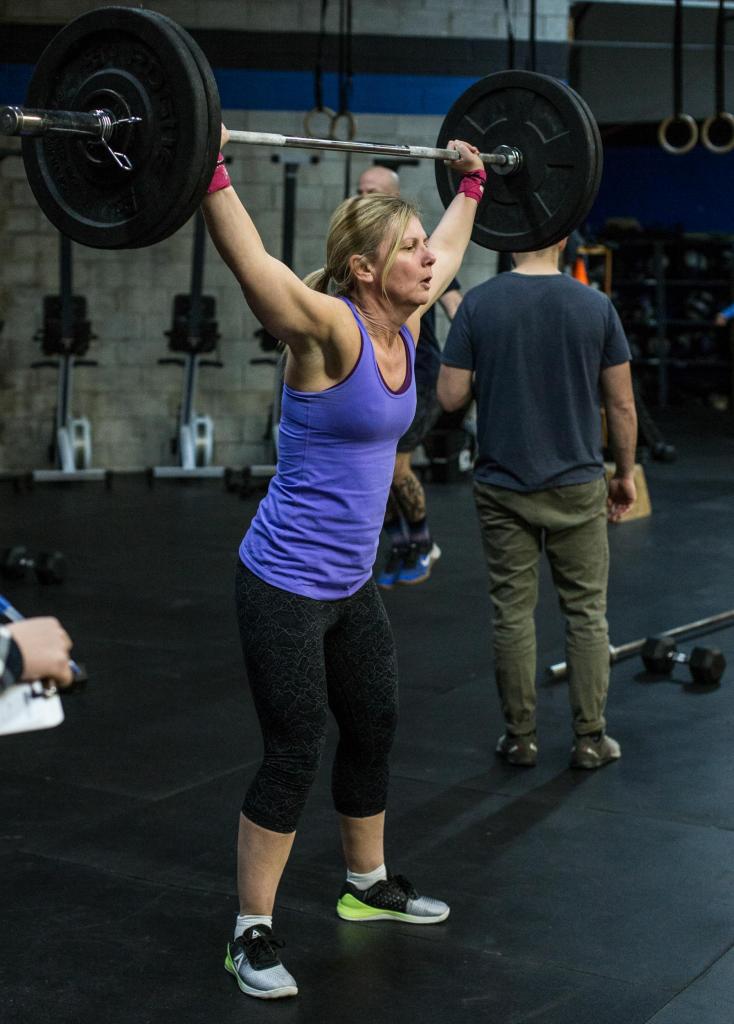 CrossFit affiliates: where stereotypes are broken and taboos have no power. (Natasha Givens)

Madeleine Waterfield never heard her mother talk about changes to the female body.

For that reason, the 54-year-old is open about her own menopause experience.

At CrossFit Oshawa in Ontario, Canada, she’s been known to announce she’s having a hot flash mid-workout, peel off her shirt and make her way toward the so-called “menopause fan.”

“(I) try to talk about those kinds of things when it’s happening,” Waterfield said.

The subject is still taboo, noted 54-year-old Suzanne Haydon, who does CrossFit in Auckland, New Zealand.

“It makes people uncomfortable when you say the word.”

Yet every woman has experienced or will experience menopause at some point.

“The talk around menopause is how negative it is,” said Janna Cordeiro, a 48-year-old who trains at CrossFit Potrero Hill in San Francisco, California. “And how ‘you’re gonna lose this, you’re gonna dry up, you’re losing your bone density.’ I think all I’m doing is completely counteracting all of that with CrossFit.” 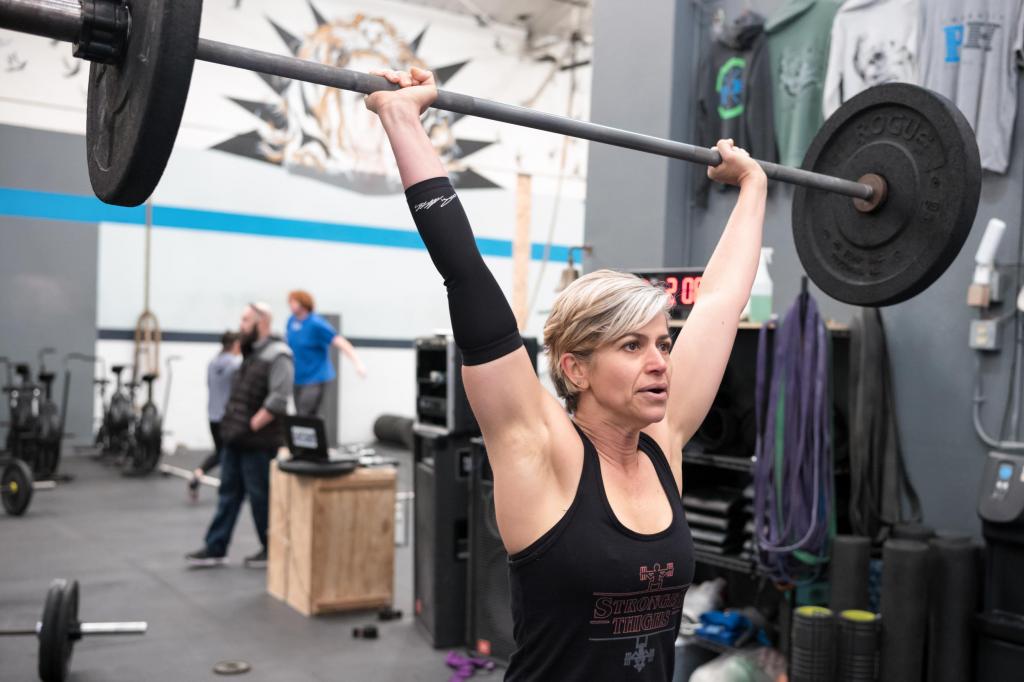 For Gwen Holtan, doing CrossFit has allowed her to ignore preconceived notions about what it means to be a menopausal woman.

“What CrossFit has helped me do is be able to turn off the noise or just not even buy into the stereotype.”

All women have a choice, Holtan added.

“Everybody has the opportunity. Everybody can work on diet and exercise and other lifestyle changes to age more gracefully,” said the 54-year-old, who does CrossFit in Chicago, Illinois. “Part of it is our American culture to wait until things get bad, wait until you get a diagnosis and then start doing something about it versus doing it preemptively and proactively.”

Instead, get active now, Holtan advised.

Because of CrossFit, she “skated through” menopause. Holtan said she stopped having her period but didn’t have any other symptoms. Her OB/GYN confirmed she was postmenopausal with blood work.

“I look at it as, ‘Wow, OK, there were greater benefits than I even expected from CrossFit.'”

This article is not intended to be a substitute for professional medical advice, diagnosis, or treatment and does not constitute medical or other professional advice.

About the Author: Andréa Maria Cecil is assistant managing editor and head writer of the CrossFit Journal.