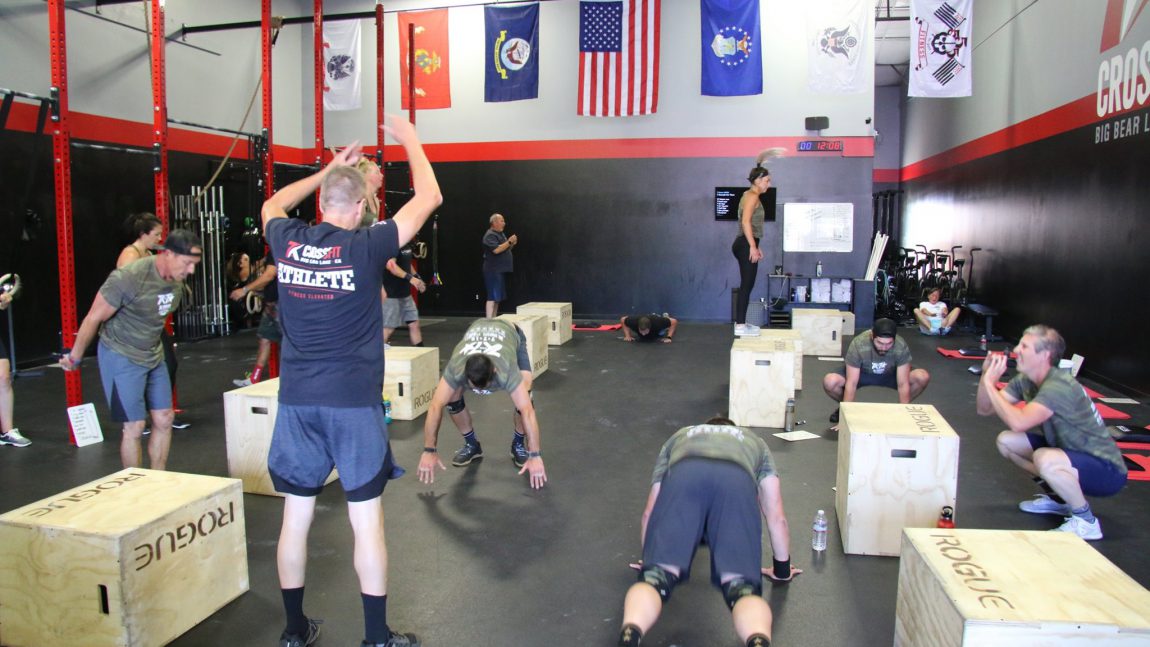 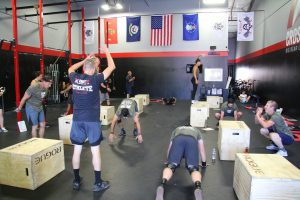 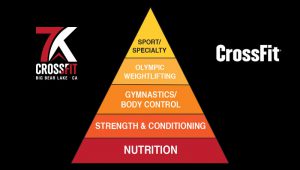 #1: Conditioning has the most carry-over to good biomarkers. Our goal is to help you guys live long, functional, disease-free lives. Our first post of 7K was about the “Theoretical Development of an Athlete.” There’s a reason conditioning is at the bottom—it has the strongest correlation to the biomarkers that move people from ‘sickness’ to ‘wellness’. As such, is the best possible shield against chronic disease, which kills 7 in 10 Americans. Whether we want to lose body fat, gain lean body mass, lower our blood pressure, improve cholesterol, or decrease inflammation, conditioning-biased programming will get them there faster.

#2: Regular members and competitors have different goals and different needs. To succeed in the sport of CrossFit, competitors need to develop what we call the Three Headed Monster—strength, skills and engine. Of the three, strength takes the longest to develop, which is why our competitors tend to lift every day. But our regular members are different. They aren’t trying to compete. Their goals don’t involve the CrossFit Open or anything that comes after it. Our regular members train to live long, healthy, productive lives (and maybe look good naked along the way). When the barbell does come up in class, nailing the prescribed stimulus is far more important than using the prescribed weights. They’re going to get stronger, but it will happen gradually and with significantly less risk. 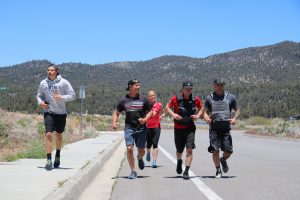 #3: While the majority of CompTrain Class programming is conditioning-biased, we still program at least two strength-bias days per week. These days resemble a strength-followed-by-metcon class format, and the lesson plans are written to emphasize the weightlifting. Crank up the DMX and enjoy.

#4: Conditioning-biased programming is CrossFit. The stated goal of CrossFit by CrossFit® is increased work capacity, which is just another way of saying conditioning. CrossFit’s founder, Greg Glassman, says, “We would not trade improvements in any other fitness metric for a decrease in work capacity.” Conditioning is the foundation upon which everything else (including strength) is built, and prioritizing it is the most authentic expression of CrossFit.

So while a lot of CrossFit boxes make weight lifting a priority, 7K CrossFit believes the foundation of fitness is conditioning (with nutrition of course). See ya’ll on Monday!